Madina Umayeva was a 23-year old mother of three who was found dead at her home in Chechnya on 22 June 2020. She had previously complained to her relatives about domestic violence. Her death has not been investigated.

At 5:30 pm on 12 June 2020, 23-year old Madina Umayeva was found dead in her home in Gudermes, Chechnya. Her husband and relatives hastily buried her body that same night, before the cause and circumstances of her death could be established. A paramedic from the ambulance team who confirmed the death said that “…he did not find traces of violent death, as he saw [only] part of the face, neck, arms and legs.” Umaeva’s body was not examined by a doctor.

Umayeva’s mother-in-law, Gumset Khamidova, said that before she died, Madina Umayeva had fallen from the stairs in their home, as she suffered from epilepsy. But Umayeva’s mother, Khutmat Dovletmirzaeva, states that her daughter was in good health, and that prior to her death Madina had had a conflict with her husband, who had beaten her on several occasions in the past. The reason for the new conflict was the purchase of a TV and a Tricolor satellite dish, which Madina purchased with child subsidies received the day before (their family received 64,000 rubles—approximately 720 EUR/860 USD—for three children; the amount of the subsidy had been increased due to the coronavirus epidemic). Madina gave 45 000 rubles to her mother-in-law and her husband, and with the rest of the money she bought a television and satellite dish.

Madina’s cousin told the media that Madina had complained of domestic violence: “She told me that when her husband beat her, he became uncontrollable, deranged, like a beast. She said that she couldn’t live with him anymore. She left him several times and always came back – the elders intervened, they pressured her, saying that a woman should be married. And for the children’s sake she came back every time, the children always stayed with her husband’s family.”

Procedural check on the fact of Madina Umaeva's death

On 18 June 2020, the Russian Investigative Committee for the Chechen Republic initiated an investigation into Madina Umayeva’s death.

On 20 June 2020, Madina Umayeva’s body was exhumed to perform an autopsy to establish the cause of death.

On 22 June 2020, Madina’s mother told the media that she had been present at the exhumation, and had seen a “scar or wound and blood from this wound” on her daughter’s body. On the same day, Madina’s relatives and also her husband’s family and aexperts were summoned by the authorities to the Gudermes mayor’s office “for a talk”. The head of the Chechen Republic, Ramzan Kadyrov, presided during this gathering.

'Talks' of Ramzan Kadyrov with the families of deceased Madina Umaeva

On 23 June 2020, the Chechen State television and radio company (CHGTRK ‘Grozny’) broadcast a video of the gathering held at the Gudermes mayor’s office on 22 June 2020. In the video, Kadyrov is seen reprimanding the sister of Victim 2 about Victim 2’s family insisting on the exhumation “Your sister was cut up. All your sister’s organs were removed and sent away to be examined <…> On the ninth day, when the corpse was rotting, she was dug up, sent to the morgue and cut up. This is the state that your sister’s corpse was in.” The girl to whom these words are addressed starts to cry. 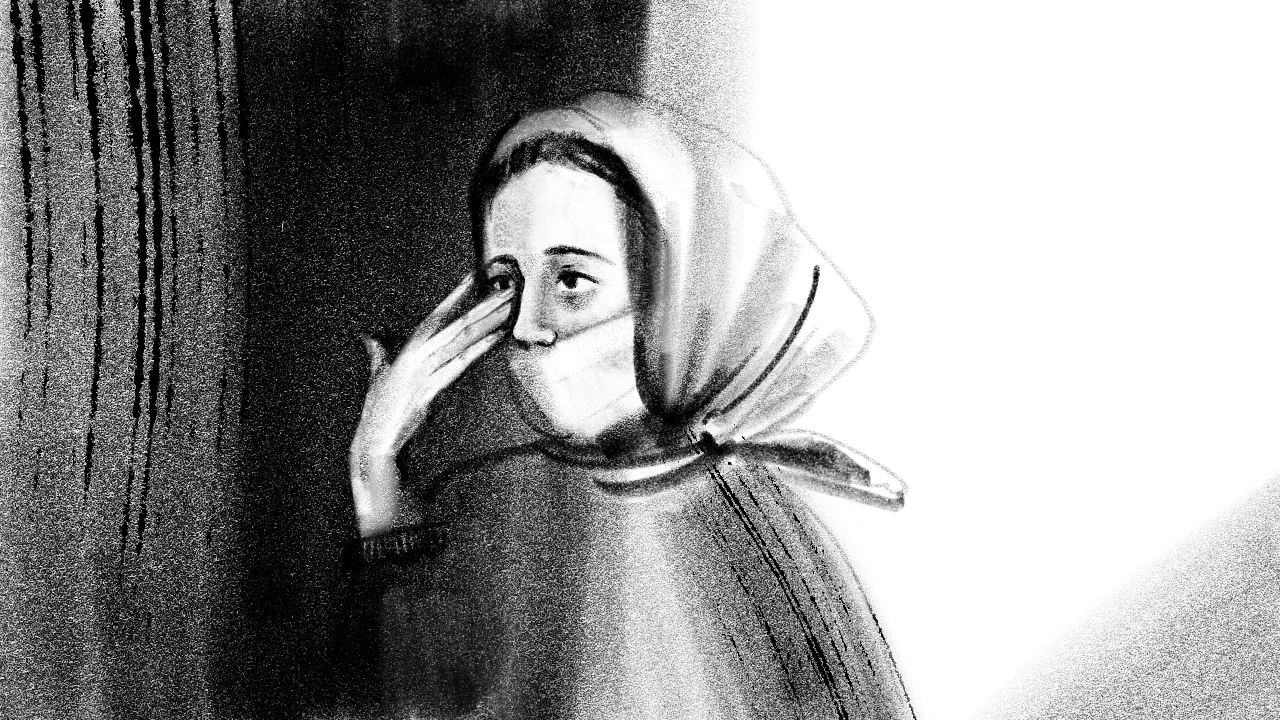 In the video, Ramzan Kadyrov justifies domestic violence, saying in respect of Madina that “she should have held on to her marriage… when a woman is married, there can be arguments and fights, and sometimes her husband beats her”.

Kadyrov is also seen addressing Madina’s mother: “You asked for my help. Now prove to me that she was killed, show me at least one witness.” 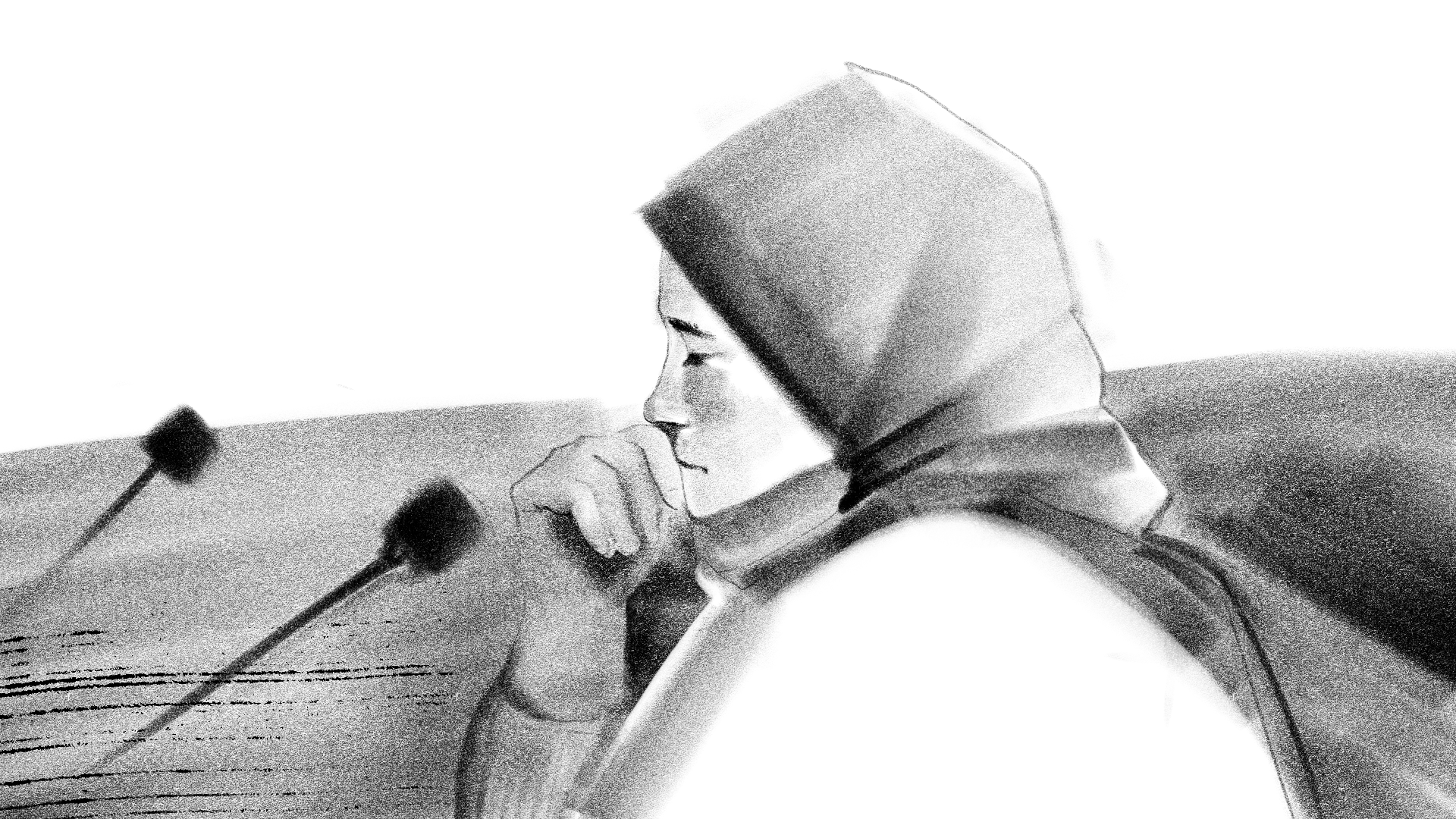 Kadyrov is also seen promising to “punish” the witnesses: “Who said what, we’ll punish everyone. But if, God forbid, we find out she was killed, we’ll put the murderer in jail. We’ll stop the tongues of those who chatter. If women wag their tongues, do they have men at home? We’ll let them know that they are not men. We’ll assemble the entire village, we’ll find out who chattered, who sent what, we’ll disgrace them before the entire village. I swear by all the saints that we will punish those responsible.” 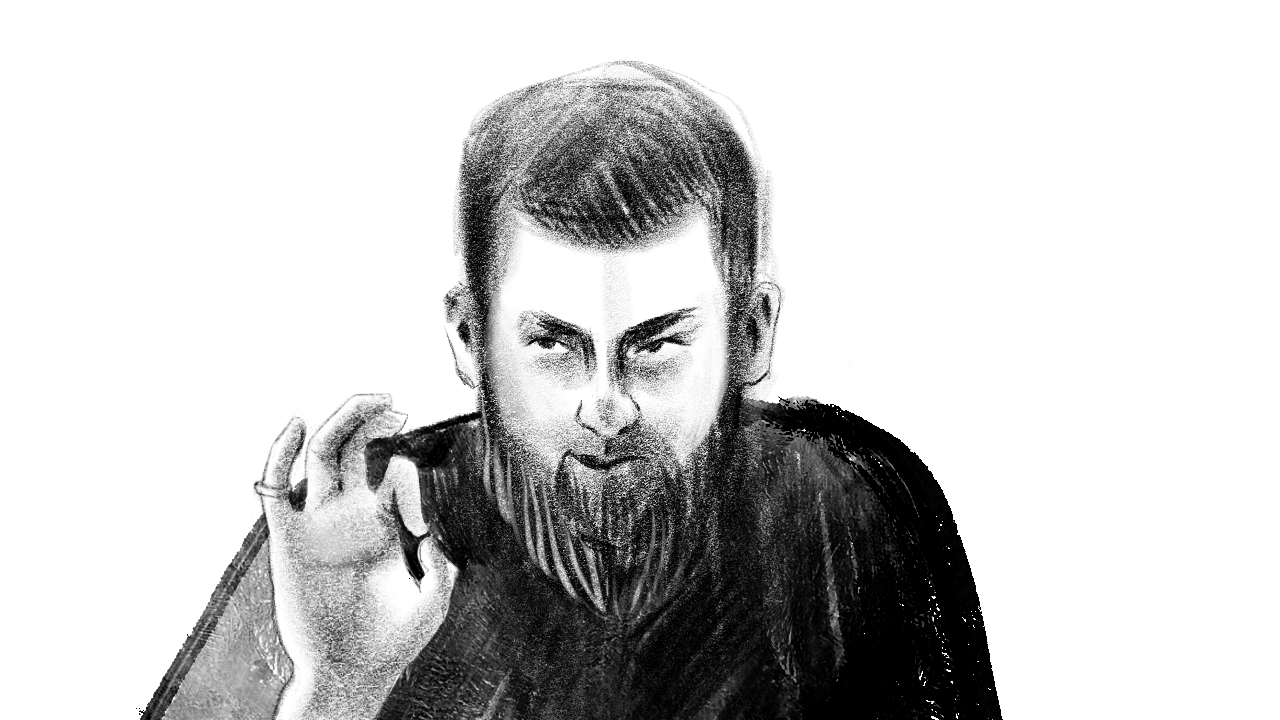 In the video, Kadyrov tells Madina’s mother: “You made it possible for people to start telling lies, to spread gossip, all of these sins lie on you, because you did not have the right to say what one neighbor who you don’t know said to another neighbor. You would have had the right if you had had three witnesses who saw her being beaten and killed.”

At the end of the broadcast, Madina’s mother Khutmat Dovletmirzaeva, is seen apologizing on camera to Kadyrov for requesting an investigation into her daughter’s death. Given the circumstances, there are grounds to assume that this apology was made under duress.

During the gathering, Kadyrov also announced that according to the results of the autopsy, Madina’s death was non-violent. He made this announcement before the results came back from the forensic report, which Madina’s mother has still not received. This statement may put further pressure on the experts and the investigation. 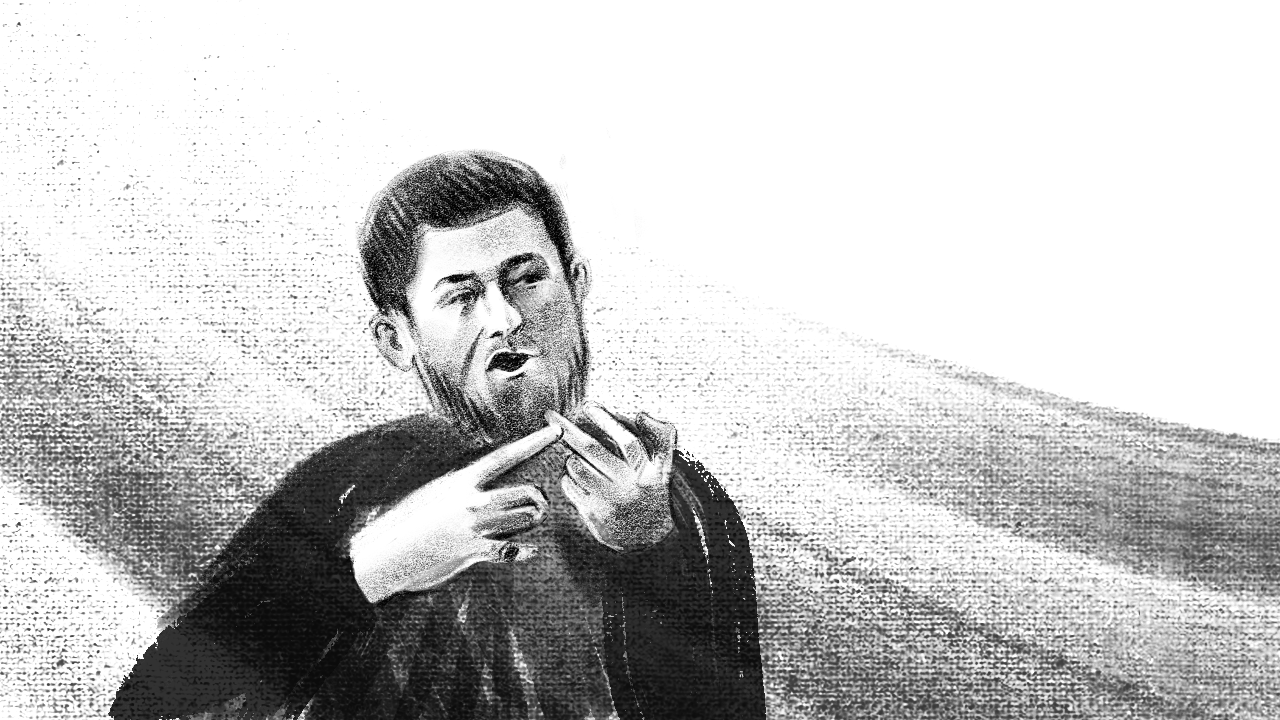 On 26 June 2020, Madina’s mother Khutmat Dovletmirzaeva was summoned once again to a meeting with Ramzan Kadyrov. A video recording of the meeting was not published.

On 27 June 2020, Madina’s mother apologized to her son-in-law and his parents, and a video of the meeting was published by the news agency “Chechnya Today.”

On the same day, a journalist from the Grozny radio and television company Kh. Batukaev published a video on his Instagram account in which he accused Madina’s mother of conspiring against her daughter’s husband and his parents and their entire family. The journalist also showed a voice message recorded by Madina’s mother in which, according to Batukavev, “highly unpleasant details” about Madina were revealed. This message was subsequently interpreted to mean that Madina had supposedly been an unfaithful wife.

At present, a pre-investigation check into the circumstances of Madina’s death is ongoing, but there have been significant delays and shortcomings. Appeals by Madina’s relatives and her legal representatives have not been granted in a timely and objective fashion. The victim’s lawyers were not present during investigative actions, including during the exhumation, where they were forbidden to enter the territory of the cemetery and subsequently were not admitted to the morgue to identify the body. They were not shown the documents concerning the examination and identification of the body, and were not permitted to file an appeal. They were also not informed about the rule for applying for a postmortem investigation. Thus, the applicants were not able to put their questions to the forensic expert.

On 03 July 2020, 23 leading Russian and international human rights organizations appealed to the Russian Investigative Committee to move the investigation from the Chechen Republic to the federal level in order to ensure its maximum independence, and also to open a criminal case into Madina Umayeva’s death.

On 11 August 2020 the Main Investigative Directorate for the North Caucasus Federal District sent a reply in which it reported that the materials of the investigative check into the death of Madina Umayeva had been examined, following which a recommendation was made to the Chechen Investigative Committee to overturn its decision not to open a criminal case, which was issued on 21 July 2020. A recommendation was also made to carry out specific pre-investigatory actions. However, the letter stated that there were no grounds to believe that the personnel of the regional department of the Investigative Committee in Chechnya were “personally invested, directly or indirectly, in the results of the pre-investigative check.” Therefore, the request to transfer the investigation to the Main Directorate of the Investigative Committee for the North Caucasus federal district was rejected.

Havidov family gets a new house from the Akhmat Kadyrov's Foundation

On 18 July 2020, the Grozny TV channel broadcast a news item showing Madina’s husband and his family being given a new home with the support of the state-run Akhmat Kadyrov Foundation. The journalist notes that during the gathering of 22 June, Kadyrov publicly promised that he would provide material assistance to the husband’s family, and that the head of the republic keeps his promises. The video shows the head of the Gudermes district personally handing over the keys to the new house. 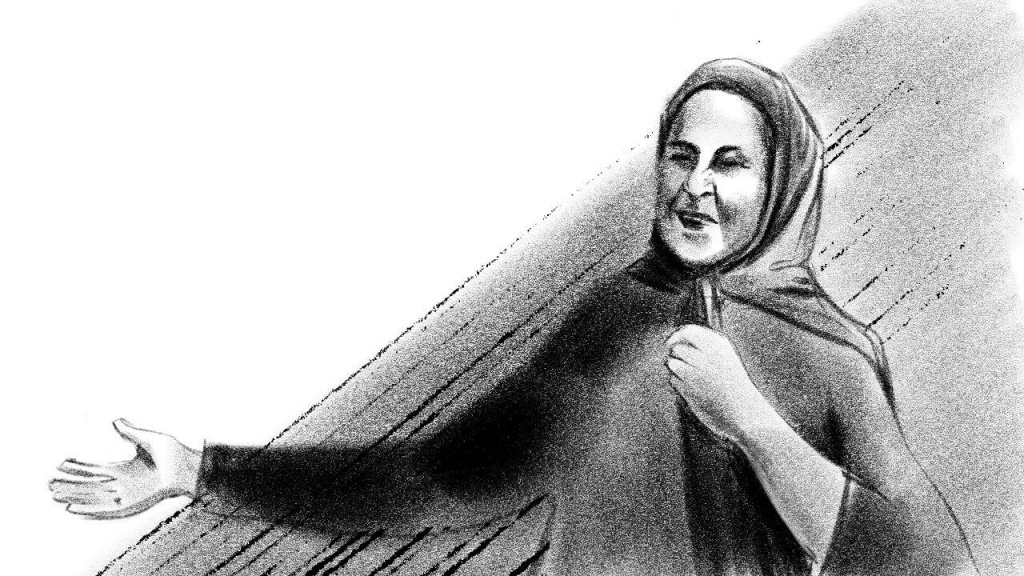